Normalization is (basically) to design a logical database schema, such that duplicate and redundant data is avoided. If the same information is repeated in multiple places in the database, there is the risk that it is updated in one place but not the other, leading to data corruption.

The following levels of normalisation use data from an "Art Print Reseller" business, that currently has four copies of artworks in stock - one copy of the Mona Lisa, one copy of Café Terrace at Night, and two copies of The Starry Night.

Third Normal Form (3NF) - hint: move fields that do not depend on the key to another table 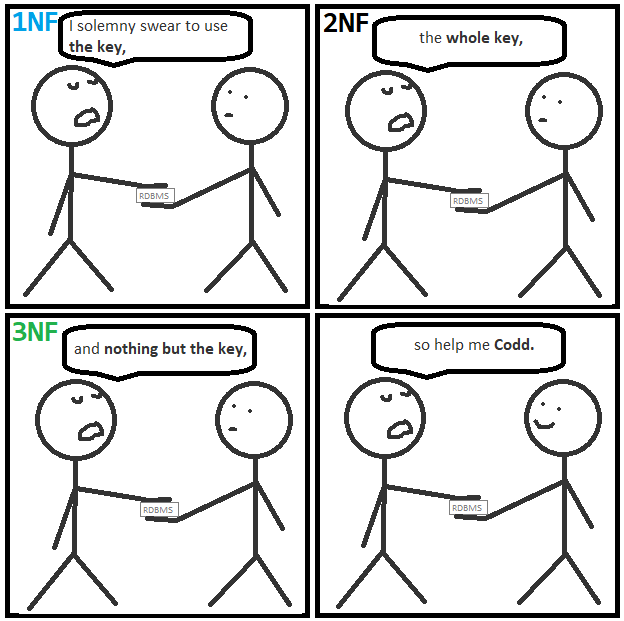